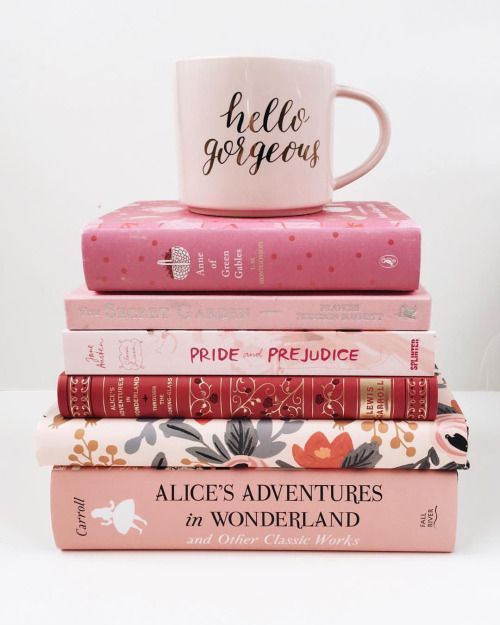 It’s a rainy day, and you are sipping hot coffee near the window.

Are you ready for another adventure? Are you ready to immerse yourself in the glorious world of literary masterpieces? Those are the books, which have passed the test of time, which have received the acknowledgment of readers from many generations, from the entire world. Reading is one of the most intimate, delightful activities. It is a way to communicate with the great minds of sensitive and talented people, the creme de la creme of writers. Their books stir your passions and leave you crying from affection, laughing from the heart, transcending yourself and craving for more. A good book is like a good friend – while you are reading it magical things begin to happen to your soul. Many a brilliant and evolved spirits have found joy and peace of mind while reading the books listed below.

It’s the most beloved and celebrated of all epic fantasies. Tolkien has invented an entire world, with fascinating maps, history, culture, even languages. He was a philologist, a professor at the Oxford University and he knew well that words are magic.

„The Lord of the Rings“ is a book about the triumph of light and beauty over darkness and shadows. The main characters are hobbits, and even though they are small folks, not as civilized as humans, they perform valiant feats worthy of praise. The hobbits are a merry people, the elves are wise, the dwarves are faithful, and the main characters of the book are endowed with rare spiritual virtues. All of them are fighting for the good that is left in the world. „The Lord of the Rings“ is the proof, that people are never too old to read a fairy tale.

It is a touching, adorable story, which deals with mean, but sensitive children, who change each other’s lives when they begin to love each other, and share a secret. Their secret garden helps them feel at home. Love makes them find within themselves the enchantment of childhood – the time when colors are bright, the air is tender and the morning so balmy. According to Cicero – all you will ever need is a library and a garden.

From this book, we learn that love is the secret ingredient, which elevates us and eventually makes us better souls. This book gives us an entirely new definition of spring when surprises sprout in every direction. It turns out that the characters of the book – these peculiar, even weird children have souls made of mead flowers and that the attention they grant to each other is the greatest form of generosity.

Hesse’s book about Siddharta is as precious as a Bible. It is so touching it drives you to tears. It’s about the spiritual journey of young Siddharta, who is always thirsting for knowledge and full of questions. He is illuminated with the radiance of the lucid mind and bestowed with rare beauty. He is loved by everyone and gives joy to everyone, but he doesn’t have this joy in his heart. Siddharta has one only goal – to release himself from everything – from the thirst, the desires, the dreams, the joy and the suffering and his liberated heart to find peace in the miracle of union with God. This book teaches us that some people have to change a lot, they have to wear all kinds of attires, they have to change a lot of situations in order to become spiritually evolved.

The Master and Margarita is a strong satire presenting the preposterous reality of Soviet lifestyle during the 1930s. Bulgakov’s main characters are diabolic, but his work has biblical aspects as well – it provides a very precious and touching interpretation of the story of Jesus. The author is gifted with an incredible sense of humor, which presents absolutely disgusting characters in a very appealing way to the reader.

This book does things to your mind. Bulgakov is the advocate of the power of true, eternal, faithful love. He teaches us that facts are the most stubborn things in the world. Bulgakov’s prisoner Christ claims that there are no evil people in this world. The Master and Margarita pleases the mind with vivid scenes and amazing language and the smart way and ease of expression in which the author addresses vital moral issues.

Dostoyevsky is immortal! His works heal the soul. In his book The Idiot, which he wrote two times – he wanted to represent the „positively graceful man“ – Prince Myshkin, the enamored epileptic. The naive and benevolent character of Prince Myshkin was based on Dostoyevsky himself. The Idiot is a novel about the conflict of Myshkin’s exceptional individuality with the self-seeking society. Prince Myshkin is candid as a child and joyfully accepts everything. He believes that compassion is the main law of being, even though no one else accepts this truth. The Prince’s greatest, fatal trouble is Nastasya Filippovna, whose suffering turns into his sorrow and terror. The world repels Prince Myshkin – in the eyes of others, the prince proves to be a deformed, grotesque idiot. These beaming personalities, which the people sometimes call idiots – carry within the true love and light of the human spirit.

This book is often called „a fairy tale for adults.“ It’s a book about children, love, uniqueness, taming, beauty, hearts, tears, wells in the desert, and a rose, one is forever responsible for. It teaches us what makes things so important, and what makes them beautiful. It’s a book which allows readers to enjoy a sunset after a sunset. It’s a book, which has transcended language as the source of misunderstanding and speaks directly to the heart. A little prince tells humans that what is essential is invisible to the eye. He is a child, therefore he knows what he really wants. When he looks at the sky at night, he sees all the stars a-bloom with flowers, for he loves a flower, which exists only in one specimen among the millions and millions of stars.

Lewis Carrol is has got a degree from Oxford University in Mathematics, which is rather surprising for he has a vivid imagination of an exclusively gifted and talented linguist.

According to Lewis Carroll, his heroine is loving as a dog, gentle as a fawn, kind to everyone – grotesque and grand – caterpillar and King. She is extremely trustful and wildly curious – she perceives life like happy children for whom everything in the world is new and fair. When Carroll uses a word, it means exactly what he chooses it to mean – neither more nor less. His Wonderland is a fantasy world, where reality is absolutely deprived of its rules and qualities. His books are narratives, which have got the virtues of poems – expressive, emotional language and unusual fantasy characters. His Wonderland is full of surprises, awaiting the avid reader at every corner.

Tom Sawyer is the literary character, who remained in history by persuading his friends to gift him their inexpensive toy treasures for the privilege of painting his aunt’s fence. Mark Twain expressed his incredible sense of humor in this book and inspired quite a number of movie directors to adapt the story for their film projects. Mark Twain is one of the most beloved figures in the American literature and the most popular humorist who has ever lived. He was born and died 76 years later in the years when Halley’s comet passed by Earth. He is also a very wise mastermind, advocating kindness, reading, cats and no regret. Mark Twain was a novelist, who created a new type of literature, which is perfectly original.

Because we love you! – that’s part of the dedication of the book Winnie-The-Pooh to Miln’s wife. Winnie-The-Pooh is the wisest tale ever told to children and adults. It consists of tales about the forest in which your favorite day is today, and the forest family of animals, which start the day by taking a smallish nap or two. It’s a story of such love, that characters do not wish to live a day without each other. A story in which the weather forecast is a 99% chance of doing nothing. As soon as they see each other the characters know an adventure is about to happen. Winnie-The-Pooh is a lesson in optimism for both children and grown-ups.

It’s a tale of two men and a woman wonderful. Together they find dangers, adventures, faraway magical lands, and love. What an action – Jack London exclaims about this favorite work of his. He had completed several adventure novels before it, but never, in any of them had he accomplished so much action as he did in the Hearts of Three. For this work, he shares, that he dreams of not having written it- since he wants to consume it as a reader. From the reader’s point of view of his masterpiece, he says: „I am curious to know. I am curious to know!“

May all writers in the world be just as curious about their own works of art.